Using restraint in the way the narrator frames his childhood memory

This one is sure to floor you. It floored me.

Our narrator is recalling a day he joined his father to beg for alms. It’s the first day his dad has lowered himself to this level. He’s struggling with it, and it’s his struggle, portrayed through the eyes of his son, that is so affecting.

That struggle, though, is set to the side in the story. The central memory is that of the narrator recalling his first experience eating oysters. He sees the word on a sign at a restaurant. He wonders what it is. He deliriously announces on the street that he wants oysters. People think it’s funny that such a young boy has such refined tastes.

So it’s that story that takes center stage. What’s notable about the way the narrator recalls the entire thing – and I always read these kind of first-person memories thinking that the narrator is now an adult looking back – is that he never redirects the reader’s attention on his father. He doesn’t frame the memory as about his father. Even given the chance, after years of hindsight, he doesn’t recast the day for the reader in a slanted way. He simply tells the story as he remembers it, and lets the reader do the rest. That’s a very fine, very subtle handle on a story – especially for such a young writer.

And that’s quite a trick on Chekhov’s part.

“Oysters! Give me some oysters!” was the cry that broke from me and I stretched out my hand.

“Help us, gentlemen!” I heard at that moment my father say, in a hollow and shaking voice. “I am ashamed to ask but—my God!—I can bear no more!”

“Oysters!” I cried, pulling my father by the skirts of his coat.

“Do you mean to say you eat oysters? A little chap like you!” I heard laughter close to me.

Two gentlemen in top hats were standing before us, looking into my face and laughing.

“Do you really eat oysters, youngster? That’s interesting! How do you eat them?” 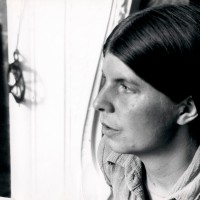