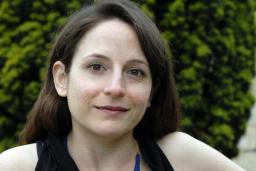 The story doesn’t work because the characters are wolves. If this was a story about plain old boring kids going through the trials and tribulations of growing up, it would still be phenomenal. The plot and the characters are so strong, you can’t help but feeling for them.

Now, it just so happens that this wolf world Russell has created is especially original and interesting. She does that in damn near every story of hers. It’s remarkable. Sometimes, though, that world building feels like a distraction. Other times, a brilliant setting gets paired with an unworthy plot.

Here? It fits perfectly. The fact that the characters are werewolves living in a convent is only a bonus. At its core, it’s simply a beautiful coming-of-age drama, wolves or no wolves.

And that’s quite a trick on Russell’s part.

I was one of the good girls. Not great and not terrible, solidly middle of the pack. But I had an ear for languages, and I could read before I could adequately wash myself. I probably could have vied with Jeanette for the number one spot, but I’d seen what happened if you gave in to your natural aptitudes. This wasn’t like the woods, where you had to be your fastest and your strongest and your bravest self. Different sorts of calculations were required to survive at the home.

The pack hated Jeanette, but we hated Mirabella more. We began to avoid her, but sometimes she’d surprise us, curled up beneath the beds or gnawing on a scapula in the garden. It was scary to be ambushed by your sister. I’d bristle and growl, the way that I’d begun to snarl at my own reflection as if it were a stranger.