But The One On The Right by Dorothy Parker, 1929

The story captures very well all of the things running through our heads at a dinner party, all the things we don’t say. Unsurprisingly, most of these thoughts are very funny. And that’s quite a trick on Parker’s part.

Well, the soup’s over, anyway. I’m that much nearer to my Eternal Home. Now the soup belongs to the ages, and I have said precisely four words to the gentleman on my left. I said, ‘Isn’t this soup delicious?’ ; that’s four words. And he said, ‘Tes, isn’t it?’; that’s three. He’s one up on me.

At any rate, we’re in perfect accord. We agree like lambs. We’ve been all through the soup together, and never a cross word between us. It seems rather a pity to let the subject drop, now we’ve found something on which we harmonize so admirably. I believe I’ll bring it up again; I’ll ask him if that wasn’t delicious soup. He says, ‘Yes, wasn’t it?’ Look at that, will you; perfect command of his tenses. 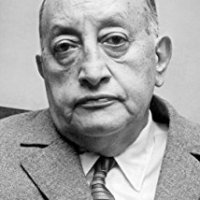