Of all Fitzgerald’s so-called tales of the Jazz Age, this is perhaps the jazziest. It’s almost comical how meticulously detailed he gets in describing the teenage social scene of the story’s city (is it St. Paul?). Every character’s every decision is scrutinized – and we’re not talking about weighty decisions here. We’re talking about questions like: With whom did so and so dance? How many times were they cut in on? What did so and so wear?

Yet it is all reported as if these decisions and their miniature outcomes are world-shaking events. And here we have arrived at the beauty of the story, and what may be the central appeal of all of Fitzgerald’s work: he has it both ways. He celebrates the lifestyle. He lionizes its cast. But then… But then… Somewhere in the not-so-buried subtext lies a critique. His narrative point of view always seems to ache for the spoils of a contest he fundamentally abhors.

The reader then is granted permission to scoff and revel in equal measures. Very similar to one of my favorite songwriters, Damon Albarn, and the music of his band, Blur. Half guilty. Half irony. All brilliant. And that’s quite a trick on Fitzgerald’s part.

Warren fidgeted. Then with a sudden charitable impulse he decided to try part of his line on her. He turned and looked at her eyes.

“You’ve got an awfully kissable mouth,” he began quietly.

This was a remark that he sometimes made to girls at college proms when they were talking in just such half dark as this. Bernice distinctly jumped. She turned an ungraceful red and became clumsy with her fan. No one had ever made such a remark to her before.

“Fresh!”–the word had slipped out before she realized it, and she bit her lip. Too late she decided to be amused, and offered him a flustered smile.

Warren was annoyed. Though not accustomed to have that remark taken seriously, still it usually provoked a laugh or a paragraph of sentimental banter. And he hated to be called fresh, except in a joking way. His charitable impulse died and he switched the topic.

“Jim Strain and Ethel Demorest sitting out as usual,” he commented.

This was more in Bernice’s line, but a faint regret mingled with her relief as the subject changed. Men did not talk to her about kissable mouths, but she knew that they talked in some such way to other girls.

“Oh, yes,” she said, and laughed. “I hear they’ve been mooning round for years without a red penny.

Warren’s disgust increased. Jim Strain was a close friend of his brother’s, and anyway he considered it bad form to sneer at people for not having money. But Bernice had had no intention of sneering. She was merely nervous. 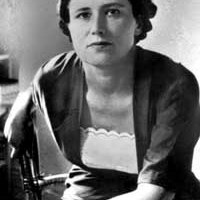