On Trains by James Alan McPherson, 1968

“On Trains” does a brilliant job of transporting the reader into the world of mid-20th century passenger trains – a gift that is increasingly valuable as the years tick away. The picture of racism it paints is even more vivid.

A passenger (white woman) does not want to sleep in the same car as the porter (black man). The conductor rules in her favor, but it is a Pyrrhic victory for the porter. The woman decides that she will sleep instead in a different car, leaving the porter crushed by a mix of guilt, shame and anger. It isn’t enough that the black man’s career options are limited to poorly paid and servile; he has to feel guilty about existing while he does such menial work too. And that’s quite a trick on McPherson’s part.

“That’s your business if you don’t sleep, lady,” the conductor said. “He stays in the car.” The conductor was very mad now. The lines in his forehead grew very red and his nose, which was small, grew larger and redder with his controlled breathing.

“We have a right to slep here without these people coming in doing things.”

“He’s black! He’s black!” And she said it with the exasperation and utter defeat of an inexperienced teacher whose patience has been exhausted and who can only stamp the right answer into the mind of a stupid child. 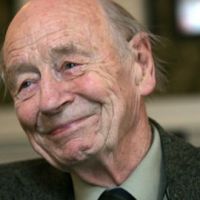