The Displaced Person by Flannery O’Connor, 1954

Putting two women at the center who spend so much time judging those around them, they never know themselves

This is the best story I’ve read since Trump was elected. We keep talking about and looking and waiting for the first great work of art – be it literature, or movie, or TV show, or album, whatever – in these Trumpian days. Something that appropriately sums up the times. Not the facts but the feel. The emotional toll. The existential crisis that defines these days.

Well, here it is. Flannery O’Connor wrote it in the early 1950s. That says a lot about how keenly ahead of her times she was. It also probably says a lot about the regressive nature of the Trump society.

Sufficed to say, it’s a brilliant story. Really and truly brilliant. Read it if you haven’t yet. If you have, read it again.

She manages to embody about seven different cultural points of views and burns them all. It is not maybe the most optimistic story. But, come on, what did you expect?

It is a longer story, and could have easily been stretched to novel length and been a classic. It would make an amazing film. Our two main windows to the world are the farm owner, a Mrs. McIntyre, and the wife of the farm’s dairyman, Mrs. Shortley.

They are so insecure, they observe and judge everyone around them aggressively. They are insightful, occasionally, but mean. And their judgments always reveal more about themselves than they do about their subjects.

What a list of subjects to judge, too. We’ve got a farm in the south, with whites and blacks trying to live and work together; we’ve got the Catholic church trying to convert the whites; and then we have Holocaust refugees moving in, just after the war.

It’s truly remarkable. And that’s quite a trick on O’Connor’s part.

Mrs. Mclntyre had said that after what those people had gone through, they should be glad to get anything.

Mrs. Shortley recalled a newsreel she had seen once of a small room piled high with bodies of dead naked people all in a heap, their arms and legs tangled together, a head thrust in here, a head there, a foot, a knee, a part that should have been covered up sticking out, a hand raised clutching nothing. Before you could realize that it was real and take it into your head, the picture changed and a hollow-sounding voice was saying, “Time marches on!” This was the kind of thing that was happening every day in Europe where they had not advanced as in this country. The Gobblehooks had escaped this, but watching them from her vantage point, Mrs. Shortley had a sudden peculiar feeling that there was something very unknown hanging in the air.

If they had come from where this kind of thing was done to them, who was to say they were not the kind that would also do it to others?

4 thoughts on “‘The Displaced Person’ by Flannery O’Connor” 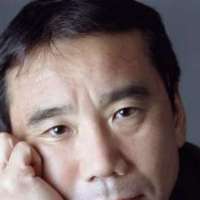