The Duchess And The Jeweller by Virginia Woolf, 1938

It’s cool and all to not adhere to the suggestion that every story must have at least one character with whom the reader sympathizes. I get that. But sheesh, the duchess and the jeweller here are particularly unpleasant. And not in an interesting way. In an I really don’t care kind of way.

The most interesting aspect is Oliver’s relationship to his mother. It’s not a stretch to see the duchess as a stand-in for her in the story. They have a relationship based on mutual needs but laced with mutual contempt. There is a very strange mix of respect and resentment, pride and guilt going on. The reader is left to consider all of it as Oliver asks his dead mother’s picture for forgiveness at the end of the story. And that’s quite a trick on Woolf’s part.

“Her Grace!” he announced.

And he waited there, flattened against the wall.

And Oliver, rising, could hear the rustle of the dress of the Duchess as she came down the passage. Then she loomed up, filling the door, filling the room with the aroma, the prestige, the arrogance, the pomp, the pride of all the Dukes and Duchesses swollen in one wave. And as a wave breaks, she broke, as she sat down, spreading and splashing and falling over Oliver Bacon, the great jeweller, covering him with sparkling bright colours, green, rose, violet; and odours; and iridescences; and rays shooting from fingers, nodding from plumes, flashing from silk; for she was very large, very fat, tightly girt in pink taffeta, and past her prime. As a parasol with many flounces, as a peacock with many feathers, shuts its flounces, folds its feathers, so she subsided and shut herself as she sank down in the leather armchair.

“Good morning, Mr. Bacon,” said the Duchess. And she held out her hand which came through the slit of her white glove. And Oliver bent low as he shook it. And as their hands touched the link was forged between them once more. They were friends, yet enemies; he was master, she was mistress; each cheated the other, each needed the other, each feared the other, each felt this and knew this every time they touched hands thus in the little back room with the white light outside, and the tree with its six leaves, and the sound of the street in the distance and behind them the safes. 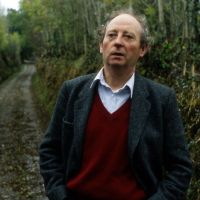 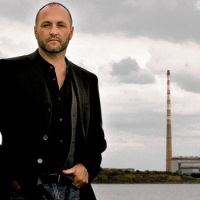