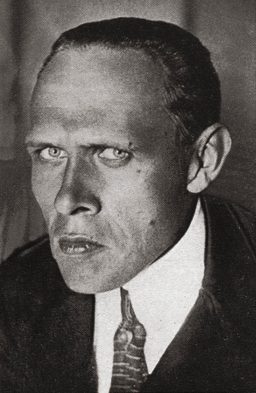 The Destiny Of A Professor’s Wife by Daniil Kharms, 1936

There is a way of writing about unjust, sad things so that they almost appear comical.

Arch in tone, you could call it.

Satire as a result, you could also say.

Candide is maybe my favorite example. And “A Professor’s Wife” cops the same technique as Voltaire in its speed of storytelling. Things happen here very fast, so that a professor can eat some food in the first sentence and be dead in the hospital a few paragraphs later.

The technique produces humor, even as the content itself is tragic.

And that’s quite a trick on Kharms’s part.

The professor was cremated, and his ashes were put in a little jar and sent off to his wife.

So here is the professor’s wife, sitting and drinking coffee. Suddenly the doorbell rings. What’s going on? “You got a parcel.” The wife is very happy, she is smiling, tipping the mailman with 5 rubles, and quickly opens the parcel.

She looks, and inside the parcel are a little jar with the ashes and a note: “This is all that is left of your husband.”

The wife cannot understand what is going on, she shakes the jar, looks at it, she reads the note six times – finally she understands and gets really sad.