I don’t want to overstate this and have you leaving this brief magic trick note thinking that “The Wheelbarrow” is an absolute page-turner. It really isn’t. It’s a quiet, small story. Maybe even a little forgettable.

But now I’ve started to overstate things in the opposite direction.

It does manage to create some legitimate tension. The subtext here is almost overwhelming. Man and woman seem to be attracted to each other. But mostly their attraction seems to be pulling them both back to their own past mistakes. It’s not fun-sexy. It’s stressful-sexy.

And that’s quite a trick on Pritchett’s part.

“… You don’t know anything about life when you’re young, and when you are old it’s too late…”

She put her cup on the tray and reached for his. “That’s a commonplace remark,” she went on. “My mother used to make it.” She picked up her scarf and began to tie it on her head, but as she was tying it Evans quickly reached for it and pulled it off. His hand held the nape of her neck gently.

“You are not old!” he shouted, laughing and sparkling. “Your hair is golden – not a gray one in it, boy!”

“Robert, give me that scarf. It is to keep out the dust,” she said, blushing. She reached for the scarf and he caught her wrist. 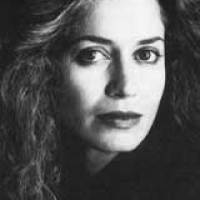