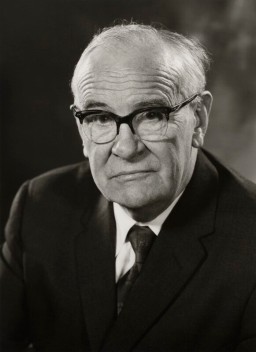 The New Yorker published this story on Dec. 30, 1967. Not that you could possibly guess that from anything in the story.

It is utterly detached from the swinging 60s. And this story is set in London!

Pritchett’s world is not a world concerned with political movements. His world is a world of the politics of interaction.

At his best though – and I’d consider this one of his best – he is able to create heroes and villains out of this micro-interactions that feel universal. This story creates such a vivid, detailed picture of the husband-wife relationship, it’s impossible not to feel like you know these people.

And that’s quite a trick on Pritchett’s part.

It was fabulous, after nine years, to see again his blank, babylike effrontery, to hear his humorless, energetic innocence. He wasn’t joking; the scoundrel was seriously, very seriously interested in republics! In a moment, he would tell her that he had stolen eight hundred pounds from her and deserted her out of a pure, disinterested passion for a harem of republics in South America!

The dangerous thing was that he was maneuvering her back to the time of their marriage. She could feel him re-creating their marriage, against all her resistance, so that the room was filling with it. She feared he would wait for some sign of weakness and then leap at her; the little man was very strong. She saw that he was already undressing the years from her and taking her back to her naked folly and credulity, until, if she was not careful, he would bring her to the point of the old passion. The Republic – it was incredible to remember. He had caught her with it.