The Heroine by Patricia Highsmith, 1945

“The Heroine” and its suspicious nanny storyline is as popular now as it was in 1945. Just look at the success of The Perfect Nanny. That almost makes it easy to write “The Heroine” off as unoriginal cliché. But that would be foolish. There are some definite tried and true tropes here, but there’s nothing quite like the mind of Patricia Highsmith. She gives us a protagonist here whose mental illness transcends cliché. She has recently lost her mother, so she immediately wins the reader’s sympathy. She also wants very much to please. She wants to make a good impression. She wants the children to love her. The reader surely can understand these motivations. We only like her more. But even as you sympathize, you can see the potential hazards here. She’s just a little bit off. Her noble intentions might err on the side of selfish. Selfish isn’t even the word. Her needs are so great that she may be a menace to those around her. And what happened to her mother anyway? The reader’s sympathies quickly turn to suspicions. It might not be the most original scenario in the world, but this is an author demonstrating a mastery of manipulation. The reader is putty in her hand. And that’s quite a trick on Highsmith’s part.

‘You’re starting again, Lucille,’ she told herself in the mirror. ‘You’re going to forget everything that happened before.’

But her eyes grew too wide again, as though to deny her words. They looked like her mother’s when they opened like that, and her mother was part of what she must forget.

There were only a few things to remember. A few silly habits, like burning bits of paper in ashtrays, forgetting time sometimes – little things that many people did, but that she must remember not to do. With practice she would remember, because she was just like other people (hadn’t the psychiatrist told her so?). 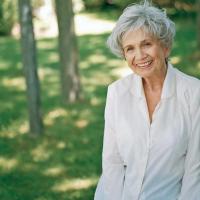