The Nine Billion Names Of God by Arthur C. Clarke, 1953

Complicating the science vs. faith debate

Science and religion get paired up a lot. They are opponents, right? Knowledge and faith can’t mix. That’s the way art frames the ideas most often at least.

Well, this story does that too. At least a little bit. Then you find that the crux of the problem is some monks using technology to acquire knowledge about their faith. And your head explodes.

And that’s quite a trick on Clarke’s part.

“Sure — we know what the monks are trying to do. But we didn’t know why. It’s the craziest thing—”

“Tell me something new,” growled George.

“— but old Sam’s just come clean with me. You know the way he drops in every afternoon to watch the sheets roll out. Well, this time he seemed rather excited, or at least as near as he’ll ever get to it. When I told him that we were on the last cycle he asked me, in that cute English accent of his, if I’d ever wondered what they were trying to do. I said, ‘Sure’ — and he told me.”

“Well, they believe that when they have listed all His names — and they reckon that there are about nine billion of them — God’s purpose will be achieved. The human race will have finished what it was created to do, and there won’t be any point in carrying on. Indeed, the very idea is something like blasphemy.”

“Then what do they expect us to do? Commit suicide?”

One thought on “‘The Nine Billion Names Of God’ by Arthur C. Clarke” 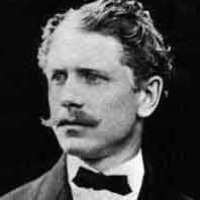