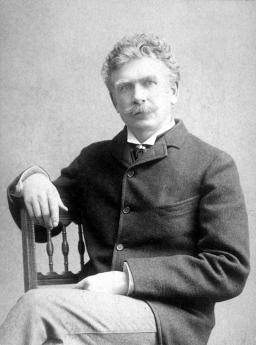 The Death Of Halpin Frayser by Ambrose Bierce, 1891

Segmenting the story with different ominous moods in each section – macabre, mystery, crime – and leaving it to the reader to connect the dots

This is a brilliant mystery, a haunting ghost story, an innovative zombie tale. In other words, it’s pretty amazing.

It’s fitting that I list the story’s characteristics as categories because it’s certainly a segmented piece. The story begins with a stunningly vivid (and terrifying) supernatural scene. Then we get some very ambiguous and loaded backstory. Then we get some very quick details about an unsolved homicide. Then all the threads appear to come together.

But how? And what does it mean?

I’m not sure. That’s the really brilliant thing. The conclusion is vague. Everything is thrown at the reader so quickly. In truth, it feels like this could be a novel, there is so much story here. All the reader can do is go back and try to sort through the different segments and come up with a theory. And that’s quite a trick on Bierce’s part.

As he pressed forward he became conscious that his way was haunted by invisible existences whom he could not definitely figure to his mind. From among the trees on either side he caught broken and incoherent whispers in a strange tongue which yet he partly understood. They seemed to him fragmentary utterances of a monstrous conspiracy against his body and soul.

It was now long after nightfall, yet the interminable forest through which he journeyed was lit with a wan glimmer having no point of diffusion, for in its mysterious lumination nothing cast a shadow. A shallow pool in the guttered depression of an old wheel rut, as from a recent rain, met his eye with a crimson gleam. He stooped and plunged his hand into it. It stained his fingers; it was blood! Blood, he then observed, was about him everywhere. The weeds growing rankly by the roadside showed it in blots and splashes on their big, broad leaves. Patches of dry dust between the wheelways were pitted and spattered as with a red rain. Defiling the trunks of the trees were broad maculations of crimson, and blood dripped like dew from their foliage.