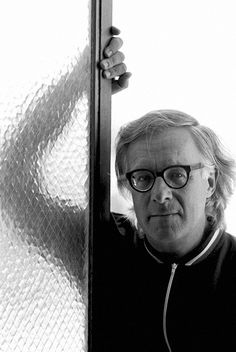 There Will Come Soft Rains by Ray Bradbury, 1950

Eerily capturing the aftermath of catastrophe, rather than focusing on the event itself

Happy Halloween! This year’s Oct. 31 SSMT feature isn’t a classic thriller or a legendary ghost story. But I think it’s one of the eeriest stories I’ve ever read nonetheless.

Bradbury seems to have had a thing for “living” houses. We saw it in “The Veldt” and his classic novel Fahrenheit 451. In “There Will Come Soft Rains,” the Earth of the future has been made a virtual ghost town by nuclear war. All that’s left is a house with technology that is attempting to carry on as normal. It’s incredibly unnerving. By showing the quiet aftermath of such a catastrophe, the story is far more effective than had it detailed the event itself. And that’s quite a trick on Bradbury’s part.

Ten-fifteen. The garden sprinklers whirled up in golden founts, filling the soft morning air with scatterings of brightness. The water pelted windowpanes, running down the charred west side where the house had been burned evenly free of its white paint. The entire west face of the house was black, save for five places. Here the silhouette in paint of a man mowing a lawn. Here, as in a photograph, a woman bent to pick flowers. Still farther over, their images burned on wood in one titanic instant, a small boy, hands flung into the air; higher up, the image of a thrown ball, and opposite him a girl, hands raised to catch a ball which never came down.

The five spots of paint – the man, the woman, the children, the ball – remained. The rest was a thin charcoaled layer.

The gentle sprinkler rain filled the garden with falling light.

One thought on “‘There Will Come Soft Rains’ by Ray Bradbury”