The Lost Phoebe by Theodore Dreiser, 1916

The story’s plot teeters close to being overly contrived and saccharine. It’s Dreiser’s level of detail and care in telling the story that elevates what could be a simple Reader’s Digest tear-jerker into something quite elegant. My favorite detail is his emphasis of Old Henry’s love for his wife not just after her death but while she is still alive.

This isn’t a don’t-know-what-you-got-til-it’s-gone situation. Old Henry clearly knows what he has before it’s gone, which only makes it all the more heartbreaking when she dies and his fears of being alone are proven correct. It’s only a few paragraphs but the section that outlines their relationship speaks volumes and ensures that the reader cares about the story that follows. And that’s quite the trick on Dreiser’s part.

Old Henry, who knew his wife would never leave him in any circumstances, used to speculate at times as to what he would do if she were to die. That was the one leaving he really feared. As he climbed on the chair at night to wind the old, long-pendulumed, double-weighted clock, or went finally to the front and the back door to see that they were safely shut in, it was a comfort to know that Phoebe was there, properly ensconced on her side of the bed, and that if he stirred restlessly in the night, she would be there to ask what he wanted. 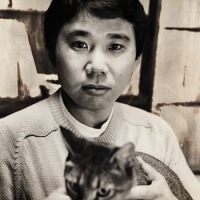