Feet Live Their Own Life by Langston Hughes, 1961

Mixing wisdom and humor within what should be a stock character

Welcome to the Simple life this week on the SSMT site. Seven straight days of Jesse B. Semple, one of literature’s great, underrated charcters.

“Feet Live Their Own Life” is a good starting point as it demonstrates the standard qualities of a Simple story – humor, language, wisdom, brevity. These really are little snippets, brief episodes more than they are stories.

I’ll focus on the wisdom here. The humor is obvious. The language is wonderful. But the wisdom may be easy to overlook, especially if you pass it off as a silly – even cartoonish – bit of stereotyping. Simple isn’t a clown, written only for laughs. He is wise and he’s angry. When he says that everything in his life is connected, it’s worth considering. When he says his feet have “walked ten thousand miles working for white folks and another ten thousand keeping up with the colored,” it’s worth considering. And that’s quite a trick on Hughes’s part.

“Is that when you took to drink?” “Drink took to me,” said Simple. “Whiskey just naturally likes me but beer likes me better. By the time I got married I had got to the point where a cold bottle was almost as good as a warm bed, especially when the bottle could not talk and the bed-warmer could. I do not like a woman to talk to me too much-I mean about me. Which is why I like Joyce. Joyce most in generally talks about herself.”

“I am still looking at your feet,” I said, “and I swear they do not reveal your life to me. Your feet are no open book.”

“You have eyes but you see not,” said Simple. “These feet have stood on every rock from the Rock of Ages to 135th and Lenox. These feet have supported everything from a cotton bale to a hongry woman. These feet have walked ten thousand miles working for white folks and another ten thousand keeping up with colored. These feet have stood at altars, crap tables, free lunches, bars, graves, kitchen doors, betting windows, hospital clinics, WPA desks, social security railings, and in all kinds of lines from soup lines to the draft. If I just had four feet, I could have stood in more places longer. As it is, I done wore out seven hundred pairs of shoes, eighty-nine tennis shoes, twelve summer sandals, also six loafers. The socks that these feet have bought could build a knitting mill. The corns I’ve cut away would dull a German razor. The bunions I forgot would make you ache from now till Judgment Day. If anybody was to write the history of my life, they should start with my feet.” 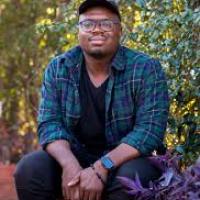 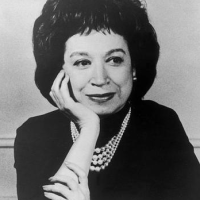