The Lottery Ticket by Anton Chekhov, 1887

“The Lottery Ticket” exposes lazy, middle-class life as not being so happy as it may seem. The attitude of contentedness is established very plainly in the first sentence: “Ivan Dmitritch, a middle-class man who lived with his family on an income of twelve hundred a year and was very well satisfied with his lot, sat down on the sofa after supper and began reading the newspaper.”

The narrative very neatly attacks this premise. Husband and wife think for a moment that they have won the lottery. The scenes they then imagine indicate that life on 1,200 a year might not be so “very well satisfying” as they thought. It’s a little bit clichéd, but it’s still effective. And that’s quite a trick on Chekhov’s part.

He walked about the room and went on thinking. It occurred to him: what if his wife really did go abroad? It is pleasant to travel alone, or in the society of light, careless women who live in the present, and not such as think and talk all the journey about nothing but their children, sigh, and tremble with dismay over every farthing. Ivan Dmitritch imagined his wife in the train with a multitude of parcels, baskets, and bags; she would be sighing over something, complaining that the train made her head ache, that she had spent so much money…. At the stations he would continually be having to run for boiling water, bread and butter. …She wouldn’t have dinner because of its being too dear….

“She would begrudge me every farthing,” he thought, with a glance at his wife. “The lottery ticket is hers, not mine! Besides, what is the use of her going abroad? What does she want there? She would shut herself up in the hotel, and not let me out of her sight…. I know!” 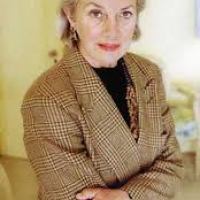 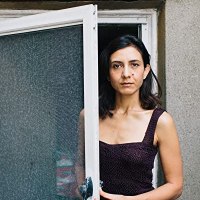