The Night In Question by Tobias Wolff, 1996

We start with one of his all-time best. The story in question during ‘The Night In Question’ is a sneak. It’s more like a set of Russian nesting dolls – a story about a man telling a story about the story he heard. And the story Frank tells is arresting and memorable; an intense, little morality tale about the priorities of love and the horrible choices life occasionally asks us to make.

But that’s where the sneak comes in. The story really is about the backstory, the family bonds formed and torn and torn and formed before this night in question. If it sounds like a lot to think about that’s because it is. But that’s a good thing. Sign of a great story, right? And that’s quite a trick on Wolff’s part.

Then her father slapped Frank’s face. This was on New Year’s Eve. Frances still remembered the stupid tasseled hats they were all wearing when her father slapped her baby brother. In the void of time after the slap there was no sound but the long rush of air into Frank’s lungs as, red-faced, twisting in his chair, he worked up a scream. Frank Senior lowered his head. Frances saw that he’d surprised himself and was afraid of what would follow. She looked at her mother, whose eyes were closed. 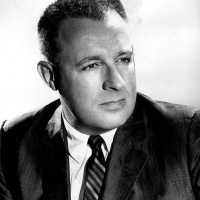