Showing the psychological pain of racism

You wouldn’t know it, though, from Johnny’s reaction. He is hurt, crushed, furiously mad. Why? Well, the story does an excellent job of illustrating the psychological pain and damage of racism. Yes, Johnny is granted permission to spend the weekend with his new wife. But he’s been made to feel and look a fool in front of her by the white officers. It might not be as final and fatal as the very tangible price paid in “Big Boy,” but the psychological pain wrought in “Health Card” is significant. And that’s quite a trick on Yerby’s part.

Johnny sat there in the dust staring at her. The dirt had ruined her dress. He sat there a long time looking at her until the hot tears rose up back of his eyelids faster than he could blink them away, so he put his face down in her lap and cried.

One thought on “‘Health Card’ by Frank Yerby” 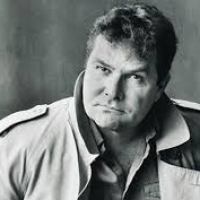