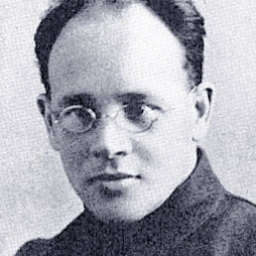 Showing the horrors of war without writing about battle

“My First Goose” was published as part of Babel’s collection of stories about his service during the Polish-Soviet War. Such context should prepare the reader for some pretty harrowing material. What surprises here, though, is that the disturbing picture is painted without a mention of battle. This story is set in the relative peace of cavalry camp. The soldiers are doing nothing more violent than eating dinner together.

Nevertheless, it’s a grisly scene. The mob mentality of the army demands that the narrator must prove himself as a man’s man. He has committed the double sin of being educated and wearing glasses. He wins his comrades over by showing no sympathy whatsoever to the landlady and then butchering a goose. It does not take much stretch of the imagination for the reader to interpret these actions as symbols for even more cold-hearted behavior. The effect is chilling. And that’s quite a trick on Babel’s part.

“Christ!” I said, digging into the goose with my sword. “Go and cook it for me, landlady.”

Her blind eyes and glasses glistening, the old woman picked up the slaughtered bird, wrapped it in her apron, and started to bear it off toward the kitchen.

“Comrade,” she said to me, after a while, “I want to go and hang myself.” And she closed the door behind me.

2 thoughts on “‘My First Goose’ by Isaac Babel”