The Little Wife by William March, 1930

The story’s “present tense” is affecting as it is. A traveling salesman is called home by news that his wife is gravely ill after giving birth to their first son. It’s March’s ability to embed the “past tense” that ups the emotional stakes for the reader. Throughout the salesman’s train ride home, he manically attempts to block out his pain by talking about his wife to anyone who will listen. This allows March to relate the couple’s backstory and flesh out his characters without breaking up the narrative for extended exposition. And that’s quite a trick on March’s part.

He told of their courtship. He quoted whole paragraphs from letters that she had written to prove a particular point which he had brought up. Bessie hadn’t liked him especially, not right at first, at any rate; of course she had liked him as a friend from the first but not in any serious way. There were one or two other fellows hanging around, too. Bessie had a great deal of attention; she could have gone out every night with a different man if she had wanted to. Being on the road all the time had been pretty much of a disadvantage. He didn’t have an opportunity to see her often. Or maybe that was an advantage – anyway he wrote her every day. Then, finally, they had become engaged. 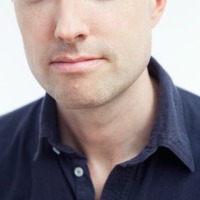