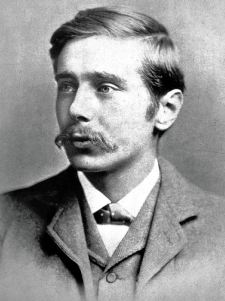 Focusing the story on events not characters

This is a story told in what is now a very old-fashioned way, seeking to capture the reader’s imagination almost solely with plot. And it’s really interesting for me reading the story as I did in the midst of a week when I was mostly reading stories by Maeve Brennan and Alice Munro – two writers who focus so brilliantly on the interior. Certainly, things happen in Munro stories, but for the most part she’s most interested in how the plot affects the characters. And, honestly, nothing ever happens in Maeve Brennan stories. It’s all about the characters.

So it’s interesting to read a Wells story like “The Crystal Egg” and find a writer who really doesn’t spend one sentence dwelling on how one of the characters might be feeling or even what they might be thinking. It is strictly third-person reportage, very distant from the action in its narration. This happened, then this happened, and then this happened. He trusts that the science and the ideas behind his plot will be enough to keep the reader engaged.

And that’s quite a trick on Wells’s part.

When Mr. Cave returned from his business with the dogfish, about a quarter to two in the afternoon, he found the shop in some confusion, and his wife, extremely exasperated and on her knees behind the counter, routing among his taxidermic material. Her face came up hot and angry over the counter, as the jangling bell announced his return, and she forthwith accused him of “hiding it.”

At that Mr. Cave, apparently much surprised, rushed to the window. “Isn’t it here?” he said. “Great Heavens! What has become of it?”