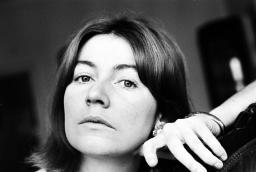 Dream sequences can be cheats. Throw in some weird images, get some easy symbolism working, and just like that you’ve expanded your theme or moved your plot in a new direction. I don’t hate them. But I’m just saying there’s reason to approach with skepticism.

So, skepticism established, the dream sequence in “The Love Object” is amazing. Our narrator is engaged in a confusing love affair that is both exhilarating and devastating (aren’t they all?). The dream sequence throws her into even more confusion. The reader, too, isn’t sure what it means yet – it’s still early in the story. So what’s really cool is the way the dream sequence’s meanings expand as the story goes on.

And that’s quite a trick on O’Brien’s part.

Before I can scream, my tongue isn’t mine anymore. Or it might be the Other One. Tall too, he gets me by my bracelet as I slip between the banisters of the stairs. I’ve forgotten that I am not a little girl anymore and that I don’t slip easily between banisters. If the bracelet snapped in two I would have made my escape, leaving him with one half of a gold bracelet in his hand, but my goddamn provident mother had a safety chain put on it because it was nine-carat. Anyhow, he’s in the bed. It will go on forever, the things he wants. I daren’t turn around to look at him. Then something gentle about the way the sheet is pulled down suggests that he might be the New One. The man I met a few weeks ago. Not my type at all, tiny broken veins on his cheeks, and red, actually red, hair.