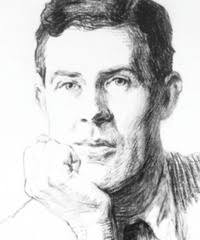 Breaking the story into two sections

I’ve never read an E.C. Bentley mystery before this one. Now, having read this, it seems likely I will never read another. That’s the risk you run in the short story game. So many authors, so many stories. No time to go back to the well if the first drink is sour.

Anyhow, is there magic behind my sour taste? Yes. For sure. I just kept waiting for the twist that never came. Maybe that’s my fault. What is here is an oddly paced and plotted story. It’s a format that’s worth a look. The story, essentially, is two sections. The first introduces the premise. Trent meets a woman at a party, and she tells him all about her recent travels and her husband’s negotiations to take home a prized historical tabard. If that sounds exciting, you’re a different sort than me.

Anyway, the second section introduces the mystery. Trent suggests that something is amiss, and he then travels to the scene to investigate.

I found it slow, a bit awkward, and ultimately unfulfilling. But it is an interesting way to lay out a mystery.

And that’s quite a trick on Bentley’s part.

Trent said with sincerity that no story of real life had ever interested him more. ‘I wonder,’ he said, ‘if your husband would let me have a look at his prize. I’m not much of an antiquary, but I am interested in heraldry, and the only tabards I have ever seen were quite modern ones.’

‘Why, of course,’ Mrs. Langley said. ‘You make a date with him after dinner. He will be delighted. He has no idea of hiding it under a bushel, believe me!’