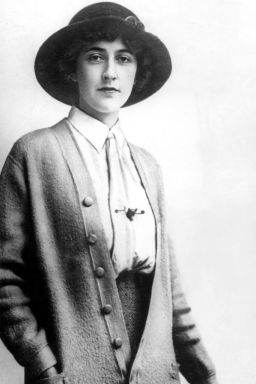 The Adventure Of The Cheap Flat by Agatha Christie, 1923

We’ll spend the rest of this Agatha Christie Week looking at stories from the 1924 Poirot Investigates collection. The stories pale in comparison to the Poirot novels, in my opinion, denying Agatha the space to do what she does best: present several suspects until the plot is so tangled the reader has no idea which thread to pull.

The short stories rely more on adventure and “off-screen” information that the reader could never know. As such, the Sherlock and Watson comparisons for Poirot and Hastings grow so apt in the stories as to border on plagiarism. But that’s OK. Get over it. These stories are fun and light. Perfect means to de-stress and unwind after a long week.

“The Cheap Flat” is notable for our purposes because Hastings lays out the magic trick in the opening paragraph. “So far, in the cases which I have recorded, Poirot’s investigations have started from a central fact, whether murder or robbery, and have proceeded from thence by process of logical deduction to the final triumphant unraveling,” Hastings tells the reader.

Seems like a fair summary. But now? “In the events I am now about to chronicle, a remarkable chain of circumstances led from the apparently trivial incidents which first attracted Poirot’s attention to the sinister happenings which completed a most unusual case.”

So, there you go. My work here is done. And that’s quite a trick on Christie’s part.

I assured that I was well aware that in the struggle for house-room the baser side of human nature frequently triumphed over the higher, and that the well-known rule of dog eat dog always applied.

“So we went up and, would you believe it, the flat wasn’t let at all. We were shown over it by the maid, and then we saw the mistress, and the thing was settled then and there. Immediate possession and fifty pounds for the furniture. We signed the agreement next day, and we are to move in tomorrow!” Mrs. Robinson paused triumphantly.

“And what about Mrs. Ferguson?” asked Parker. “Let’s have your deductions, Hastings.”

“Obvious, my dear Watson,” I quoted lightly. “She went to the wrong flat.”

I rather wished Poirot had been there. Sometimes I have the feeling that he rather underestimates my capabilities.