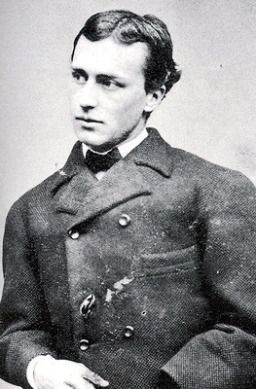 My Friend Bingham by Henry James, 1867

We begin a month of 19th century short stories with an idea for a romantic comedy from Henry James.

A man feels like he will never marry, luck will never shine on him, he’ll never meet the right woman. Then one day while walking around a beach, he accidentally shoots a young boy in the head. He and the dead boy’s mother are thrown together through fate. They fall in love and get married.

Well, your boy Henry James didn’t think so. He wrote it, and today’s SSMT story is the result.

And you know what?

The woman’s grief never gets explored in such a way that makes you believe any of this could ever happen. But if you concede that and keep reading, it’s not bad.

So often Henry James stories flourish on the psychological side but struggle to muster much in the way of narrative momentum. Can’t say that about this one. You don’t get much more dramatic than the shooting of a little boy.

And that’s quite a trick on James’s part.

“Does she keep her composure?”

“Perfectly. You can imagine nothing simpler and less sentimental than her manner. She makes me forget myself most divinely. The child’s death colors our talk; but it doesn’t confine or obstruct it. You see she has her religion: she can afford to be natural.”