We wrap up our week of Lost In The City stories with “A Dark Night,” and I have to say, I don’t know what to make of it. I really like it. I like the mood and the feeling of sadness it creates. I just don’t think I could properly analyze exactly how or why it creates that feeling.

There is a group of women gathered for a prayer meeting. It’s storming outside. The preacher calls to cancel, so they’re left with the refreshments, telling stories.

We get a couple of nested stories here. A tale of tragedy and a brief joke.

Ultimately, though, we learn that “A Dark Night” is more about relationships between the storytellers than it is about the stories they tell.

Once the women were seated again, the conversation took varied turns, and the autumn evening wore away. Mrs. Garrett, perhaps dulled by the food, had less to say than anyone. At one point, the Frazier sisters nearest the window commented on how particularly bad the weather had been lately. They all agreed, and Mrs. Garrett, capping one hand over her knee, said that she could not remember when Old Man Arthur and the Ritis boys had caused her so much pain, that sometimes she felt would never walk again. The other women gave sympathetic nods, one or two mentioning their own aches and pains, and then they all began to exchange remedies. Beatrice stuck her needle with finality into the piece she was working on and put it in a cloth bag at her feet. Looking about the room, she said quietly, “It all reminds me of one summer back home. It was kinda like it is now, day after day.” 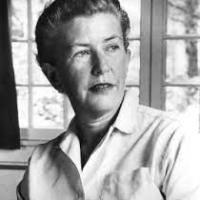 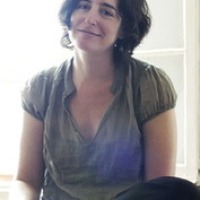 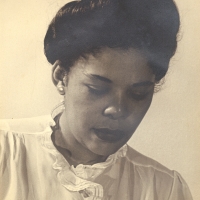