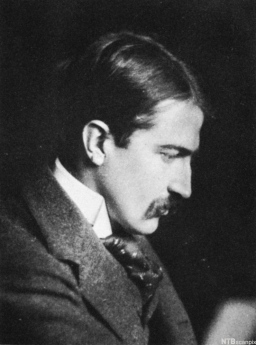 But here’s the thing, that kind of simplicity only raises the degree of difficulty on the writer. If that’s all you’re going to give us – a man fighting a rattlesnake – well then it had better be pretty darn engrossing. And in the case of this story, yeah, it really is. He dispenses with all the fluff. He gets down to business and beautifully describes the scene. The drama inherent to the conflict takes over from there. And that’s quite a trick on Crane’s part.

Slowly the man moved his hands toward the bushes, but his glance did not turn from the place made sinister by the warning rattle. His fingers, unguided, sought for a stick of weight and strength. Presently they closed about one that seemed adequate, and holding this weapon poised before him the man moved slowly forward, glaring. The dog with his nervous nostrils fairly fluttering moved warily, one foot at a time, after his master.