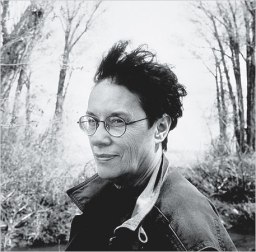 Separating the climax from the falling action with a tender, heartbreaking flashback scene

We start a week of love stories on SSMT with perhaps the most famous short story about love of the last 25 years.

The story covers a very long stretch of time – essentially Ennis and Jack’s entire adult lives – as it tells the history of their relationship together. Predictably enough the origin of their romance gets the highest word count. Then, after their first summer together on Brokeback Mountain, years move quickly in the narrative and changes in their relationship and lives get summarized and glossed over.

This is not a flaw of the story; in many ways, it’s the whole point. Societal norms, or at least their half-in/half-out adherence to those norms, keep the men from enjoying anything more than a disjointed, haphazard romance. As the story (and their relationship) nears its conclusion, the reader (or at least I can speak for myself as a reader) almost forgets the more tender beginnings of their love.

No doubt sensing this, Proulx lets their final argument rest and then flashes back to that first summer together. We get a very sentimental look into Jack’s memories. It serves two purposes – reminding the reader of their love before it was tarnished by the years of lies and compromise, and also showing heartbreakingly that Ennis never was totally as on board as Jack, even at the beginning.

The narrative unspools from there leaving the reader to ponder what could’ve been changed to avoid such a tragic ending. If that final flashback scene is any indication, their romance was probably doomed from the very start. And that’s quite a trick on Proulx’s part.

What Jack remembered and craved in a way he could neither help nor understand was the time that distant summer on Brokeback when Ennis had come up behind him and pulled him close, the silent embrace satisfying some shared and sexless hunger.

They had stood that way for a long time in front of the fire, its burning tossing ruddy chunks of light, the shadow of their bodies a single column against the rock. The minutes ticked by from the round watch in Ennis’s pocket, from the sticks in the fire settling into coals. Stars bit through the wavy heat layers above the fire. Ennis’s breath came slow and quiet, he hummed, rocked a little in the sparklight, and Jack leaned against the steady heartbeat, the vibrations of the humming like faint electricity and, standing, he fell into sleep that was not sleep but something else drowsy and tranced until Ennis, dredging up a rusty but still usable phrase from the childhood time before his mother died, said, “Time to hit the hay, cowboy. I got a go. Come on, you’re sleepin on your feet like a horse,” and gave Jack a shake, a push, and went off in the darkness. Jack heard his spurs tremble as he mounted, the words “See you tomorrow,” and the horse’s shuddering snort, grind of hoof on stone.