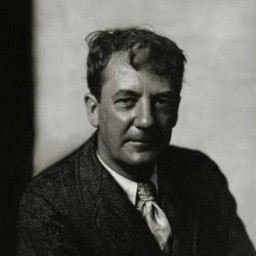 This could easily be a pulpy murder story ripped from the Chicago tabloids. The main narrative at the core is just that – a mystery about a man who kills his wife.

And there’s nothing wrong with that. Seedy mysteries have their place. But Anderson elevates the piece to a much different place.

He uses a framing device around the mystery. It’s not even a framing device. That would imply a mere paragraph or two at the start and end. No. Maybe the mystery in the middle of the story is the device. Either way, the story starts and end with the narrator discussing an odd neighbor of his who claims that everyone he meets, everyone he reads about in the news (including suspected wife murderers in Chicago) is part of his family.

On the surface, he would seem to be mentally unstable. We can write him off as a little crazy. But by the story’s end, the reader isn’t likely to be so dismissive. The descriptions of the narrator’s surroundings – the relentlessly gloomy autumn weather – mix with the neighbors ideas about interconnectivity of the human condition. Suddenly the story about the murder in Chicago doesn’t feel like a tangent or any kind of literary device. It is part and parcel with the narrator’s life and the neighbor’s life and, the reader shudders, maybe our lives too. And that’s quite a trick on Anderson’s part.

In the fog the slender body of the old man became like a little gnarled tree. Then it became a thing suspended in air. It swung back and forth like a body hanging on the gallows. The face beseeched me to believe the story the lips were trying to tell. In my mind everything concerning the relationship of men and women became confused, a muddle. The spirit of the man who had killed his wife came into the body of the little old man there by the roadside.

It was striving to tell me the story it would never be able to tell in the court room in the city, in the presence of the judge. The whole story of mankind’s loneliness, of the effort to reach out to unattainable beauty tried to get itself expressed from the lips of a mumbling old man, crazed with loneliness, who stood by the side of a country road on a foggy morning holding a little dog in his arms. 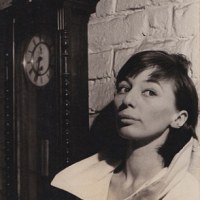