Knocking down the fourth wall to talk about the writing process

Here is your shot at taking a creative writing course from Amy Hempel. She lays out her method for you in “The Harvest.” Normally, I’d find it to be an annoyingly self-conscious gimmick. But here? I love it.

What is it? Essentially, she tells the same kind of story she was telling throughout her debut collection, Reasons To Live. We get a serious of vignettes, alternating between clever and poignant. The protagonist is the victim of some calamity, though not playing the victim’s role for sympathy as much as simply processing the experience for clarity’s sake.

And then… a shift. The narrator knocks down the so-called fourth wall and finishes the story by speaking directly to the reader about what it was like to write the story called “The Harvest.” We find out that many of the details and plot points we just read were not accurate to real life. In some cases they were embellished but in others they were downplayed because the reality was in fact too unbelievable to play in fiction.

Of course, we don’t know what, if any, of these real facts are real either. Is the narrator supposed to be Hempel? Are we looking to match the story to her real life? Does it matter? No, it doesn’t. What matters is that she’s managed to tell a powerful story and then invert it to produce dozens of other meanings and thoughts. Amazing stuff. And that’s quite a trick on Hempel’s part.

The man of a week, whose motorcycle it was, was not a married man. But when you thought he had a wife, wasn’t I liable to do anything? And didn’t I have it coming?

After the accident, the man got married. The girl he married was a fashion model. (“Do you think looks are important? I asked the man before he left. “Not at first,” he said.)

In addition to being a beauty, the girl was worth millions of dollars. Would you have accepted this in “The Harvest” —“ that the model was also an heiress? 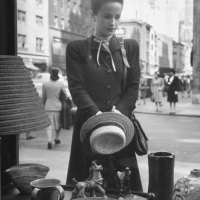