A Horseman In The Sky by Ambrose Bierce, 1889

Tying the Civil War battle lines to the home front

If all you know of Ambrose Bierce is “Owl Creek Bridge,” come on, get on it! Read “A Horseman In The Sky” today. Do it. It’s so good! Now then…

There is a small book by James McPherson called “Why They Fought” that uses soldier’s letters and census statistics to discuss the various reasons young men enlisted during the Civil War. “A Horseman In The Sky,” though fictional, might have added a new dynamic to the conversation, if included. It truly is a remarkable consideration of the notion of duty.

This story beautifully illustrates that the central battle within a war often isn’t between armies but within the soldier himself. We don’t learn much about Carter Druse’s home life, but we learn just enough to know it wasn’t the easiest of transitions from civilian to military life. Combine that with the immense military pressures on this man, and we have one hell of a conflict. But it never feels cinematic or over-the-top. It was the Civil War. The tragic circumstances only feel very realistic. And that’s quite a trick on Bierce’s part.

The father lifted his leonine head, looked at the son a moment in silence, and replied: “Well, go, sir, and whatever may occur do what you conceive to be your duty. Virginia, to which you are a traitor, must get on without you. Should we both live to the end of the war, we will speak further of the matter. Your mother, as the physician has informed you, is in a most critical condition; at the best she cannot be with us longer than a few weeks, but that time is precious. It would be better not to disturb her.”

So Carter Druse, bowing reverently to his father, who returned the salute with a stately courtesy that masked a breaking heart, left the home of his childhood to go soldiering. 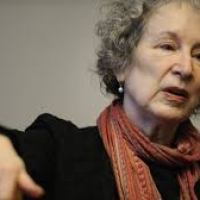 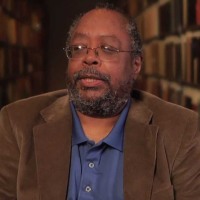