Everything in this story is grossly exaggerated. The characters, the plot – the whole thing feels like a fable or a self-consciously styled morality tale. The tremendous suspension of disbelief being asked of the reader is just too big for this story to be considered as anything else but a broad fable. But that’s cool. How many fables do we have featuring minorities committing acts of extraordinary violence in the inner city? So, that’s quite a trick on Banks’s part.

(I’m not convinced Banks is the person to be filling that role as urban fable teller. If this story is any indication, he doesn’t really get it. This feels like the cartoon invention of a macroeconomist.)

He organized a meeting of the three in the back room of a café close to his rooming house, and when they had shaken hands, each of them slightly in awe of the other two, for they were as unused to genuine heroes as everyone else in the Gully, Freckle Face got quickly down to business. His plan was to build a watchtower in the center of the Gully and for one of them to be posted there at all times, and when he saw a robbery going on, to give the signal, and the others would chase down the robbers and kill them. 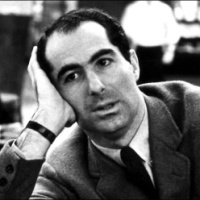