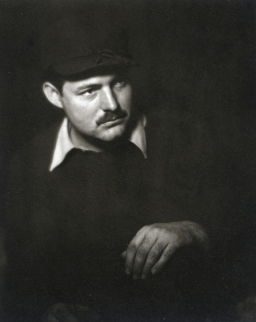 Had Hemingway used an omniscient narrator to tell this story, it would likely play out as a simplistic portrait of an aging, corrupt, alcoholic jockey. Nothing particularly interesting there. But by using the jockey’s young son (I’m guessing he’s probably 12 or 13 years old) as the narrator, Hemingway elevates the story far above that of a basic character study.

Through the son’s natural bias, the reader sees the good sides of the father, a warm and almost-heroic side that wouldn’t show through a detached narration. And because the boy isn’t old enough yet to understand all that is happening, we as readers are left only guessing as to what some of the story developments truly mean. It’s a brilliant way to create suspense, mystery, and, ultimately, heartbreak. And that’s quite a trick on Hemingway’s part.

My old man sat there and sort of smiled at me, but his face was white and he looked sick as hell and I was scared and felt sick inside because I knew something had happened and I didn’t see how anybody could call my old man a son of a b—-, and get away with it.